United States – ‘The aviation industry is facing an aircraft retirement tsunami,’ according to Richard Brown, principal at aerospace supply chain expert ICF International. Aircraft retirements will reach 1000 per year within a decade, he revealed at the annual meeting of the Aircraft Fleet Recycling Association (AFRA).

The rapid flow of aircraft ready for scrapping is primarily due to ‘cyclical rather than structural reasons’, Brown told delegates in Washington. ‘The combination of demographics as aircraft reach the end of their economic life, low interest rates, relatively high fuel prices and the introduction of new models is causing the retirement of unprecedented numbers of aircraft – while new technology and OEM production rates are also exacerbating aircraft retirements.’

This wave of aircraft coming forward for recycling was confirmed by Julie Felgar, managing director of environment strategy at Boeing Commercial Airplanes. Some 41% of today’s fleet will be leaving service in the next 20 years as airlines procure more fuel-efficient airplanes, she stated.

‘There is a significant opportunity for companies to dismantle and recycle these retired airplanes to the highest standard rather than parking them in the desert,’ Felgar declared. Meanwhile, AFRA’s accreditation process is emerging as the ‘industry standard of choice’, according to Felgar. Businesses increasingly recognise it as a ‘guarantor of quality service and sustainable environmental best practices’ for aircraft dismantling and recycling.

AFRA’s executive director Martin Fraissignes commented: ‘We have had some success in strengthening industry recognition of AFRA’s accreditation. The broader aviation community – OEMs, airlines and lessors – have indicated in aircraft disassembly tender documents that they look favourably on applicants conducting teardowns to AFRA standards.’ 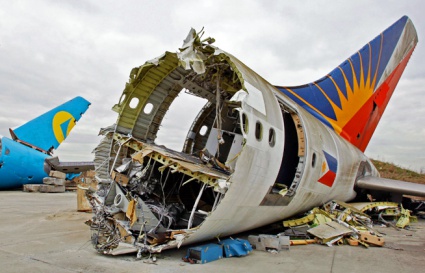