Asia – More than one hundred ships are waiting outside the Chinese port of Tianjin to load or discharge cargo as a result of last week’s explosions that killed at least 110 people.

According to the local authorities, a total of 112 vessels have been anchored off Tianjin over recent days, with another 62 docked – or waiting to dock – at what is claimed to be the busiest port in northern China and the world’s fourth-busiest port for bulk cargo.

Shipments of cars and chemical goods are likely to be the cargoes most affected, say Chinese media. The explosions eliminated nearly half of the monthly polyethylene imports through the port, according to IHS Chemical.

‘All the shipping lines have stopped accepting bookings for shipments of dangerous goods,’ comments a spokesman. The customs building in the port area has been damaged and operations have been relocated to a makeshift office. Cargo handling is also taking longer for certain vessels already moored at the port. 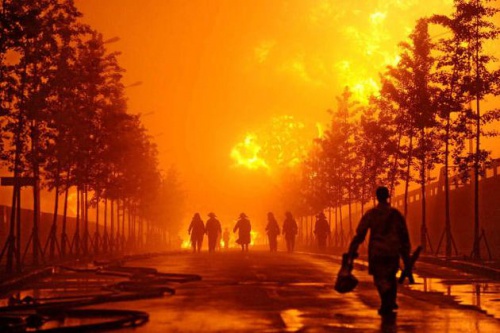