United States – As 130 000 people converged on the US city of San Diego for Comic-Con last week, local officials were confronted with an enormous waste build-up. They were forced to call in an ‘around-the-clock’ cleaning crew to tackle the aftermath of the major four-day entertainment event.

Legions of Batman, Catwoman and Darth Vader fans gathered in the West Coast city to ′celebrate the popular arts′. Manoeuvring through the swarm of caped enthusiasts were countless waste unit crew members, clearing a total of 23.5 tonnes of refuse from the premises or six times more than is generated in the area during a regular week.

Besides all the regular forms of packaging such as cups and plastic wrapping, the crew recovered 18 622 fliers and posters while removing 4949 stickers. All waste bins were emptied 3368 times as part of a bid to divert some 60% of the waste to recycling and composting facilities. 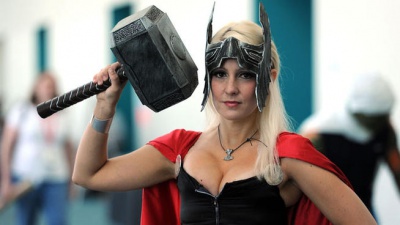