Norway – The Norwegian Shipowners’ Association has called for a halt to be put to the beaching of end-of-life vessels.

‘Ship owners have a responsibility to ensure the safe and environmentally sound dismantling of their end-of-life fleet,’ the association’s ceo Sturla Henriksen has stated on its website. ‘As an industry we can no longer defend that ships are broken in a way that puts health and the environment at risk,’ it is stressed. ‘Therefore we say, as the first ship owners association in the world, ”no” to the beaching of ships.’

The NGO Shipbreaking Platform has welcomed this decision and is calling on other ship owners and their associations to mirror the Norwegian position.

Environmental Foundation Bellona also hopes that more countries will ‘take a stand against this old fashioned way of dismantling ships’. The organisation has been lobbying against hazardous shipbreaking on the beaches of India, Pakistan and Bangladesh since 2005. 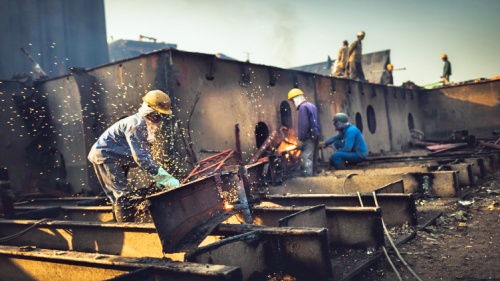