Canada – Described as individuals who ‘took over family businesses and ushered in an era of innovation and success for the entire industry and the association’, The Shredder Company’s founder Scott Newell and Toby Shine of Shine Brothers Corporation were both presented with Lifetime Achievement Awards at the US Institute of Scrap Recycling Industries’ Convention & Expo held recently in Vancouver.

Newell’s efforts have led to the continued evolution of shredder technology and, during his career, he has shared this knowledge with others. The first Newell family shredder was built in 1960 and patented by Alton Newell, whose son Scott built the second Newell shredder the following year – and he has been designing, building and operating shredding systems ever since.

Shine was honoured for creating a global company out of a small, family-run business. It was under his leadership that the business, founded at the start of the 20th century, made a strategic decision to adopt wire chopping to maintain its competitiveness. It has gone on to become one of the top five wire-chopping operations in North America. 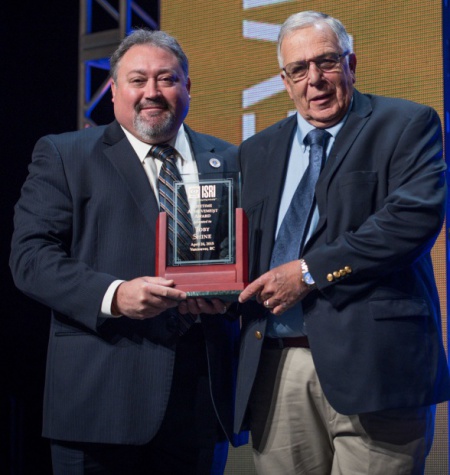 Full coverage of the ISRI 2015 Convention & Expo will appear in the May issue of Recycling International.