Global – European equity markets continued their ‘strong upside momentum’ in this Tuesday’s trading session, broker Sucden Financial has stated. This update follows a ‘bearish’ announcement from the International Monetary Fund which cut the global growth forecast for 2015 to 3.5% from the 3.8% projected last October.

Precious metal prices climbed higher following the update, and gold rallied over 1.2% towards the peak of US$ 1300 per ounce for the first time since August last year. Silver surged nearly 1% to retest the US$ 18 per ounce threshold while platinum and palladium prices also improved on Tuesday. Among the base metals, copper averaged roughly US$ 5680 per tonne while aluminium continued its ′strong rally′, growing 1.2% towards US$ 1840.

As regards the platinum group metals (PGMs), palladium is expected to surpass platinum in 2015 owing to notable growth in global vehicle sales as well as autocatalyst recycling. Mine output will also be higher, partly because the strike at Northam Platinum Zondereinde in South Africa has ended after causing estimated production losses of around 1000 ounces of PGMs per day.

Platinum can be expected to trade in a US$ 1150-1450 range in 2015 with palladium at US$ 750-920, according to Sucden Financial. And it concludes: ′As a whole, we feel both metals will remain in structural deficits in 2015, continuing to draw in above-ground stock, albeit at more modest levels than in 2014.′ 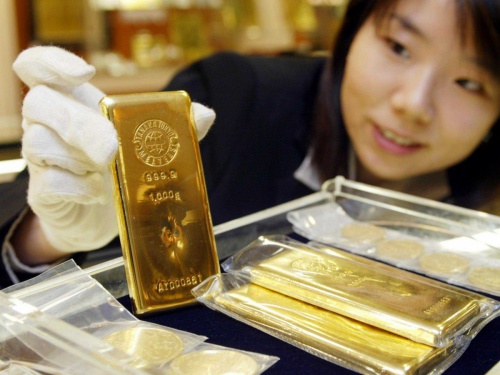