The Netherlands – With a recycling rate exceeding 50%, the Netherlands is ranked towards the top of the European league table. ‘On the other hand, what we see is that businesses are having a hard time keeping up with the recycling scores that citizens manage on the home front,’ observed Professor Dr Ernst Worrell at this week’s sustainability round-table debate in Amsterdam. 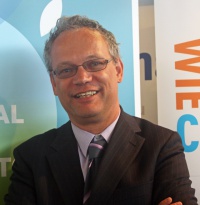 He had a number of ideas about what is going wrong and about what the Dutch government can do to turn this negative into a positive. ‘People have jumped on the recycling bandwagon,’ noted Worrell, a professor at the Technical University in Utrecht. ‘Now the question is, how can we nurture this behaviour? How can we make people take the last step, to make them start recycling in the workplace or while on the go?’

The recycling struggle extends beyond the corporate sector, he said, to the likes of holiday resorts and theme parks. ‘People have been educated to recycle by local authorities, but a wider net of awareness has to be cast,’ Worrell observed. ‘Also, the infrastructure is simply not there. There are no recycling bins for designated materials. Everything ends up in the same pile.’

Roughly 80% of waste consigned to the standard ‘grey bin’ can be recycled in some way, Worrell believes. Other, trickier products such as diapers can offer benefit in areas like renewable energy. In 10 years from now, he suggests, Dutch citizens could be source-separating at offices nationwide. ‘They key is motivating people – through payments per kilo at collection points – and long-running campaigns,’ the professor said. ‘The government also has to take on more responsibility too. Right now, local communities are doing most of the groundwork.’

‘Very strict legal requirements’ on a national scale are regarded as a good starting point. Fair competition in this green economy scenario would be ensured via government subsidies, removing the excuse that recycling isn’t always financially viable, Worrell argued.

In terms of global economic trends, he expects raw material prices to keep rising, not least for geopolitical reasons. ‘This is especially true for rare earth metals imported mainly from China,’ he stated, adding about precious metals: ‘In 30 years, we will still be able to find gold, but we are going to have to dig deeper and deeper.’

The round-table discussion formed part of a press event on May 27. The organiser was waste management specialist Van Gansewinkel, which took the opportunity to launch its online ‘waste stream efficiency test’ for Dutch businesses. Already launched in Belgium where Van Gansewinkel has several facilities, this digital tool is meant to serve as a general performance barometer while also boosting recycling awareness.