Europe – While the world economy has continued to improve, there has been a notable slide towards ‘blatant and uncontrolled protectionism’, a report by the European Commission’s Directorate-General for Trade has warned. Citing the car recycling ‘fee’ imposed by Russia on imported vehicles as one of many examples, it also notes ‘trade abuses’ by Brazil, Indonesia and China across a wide variety of sectors. 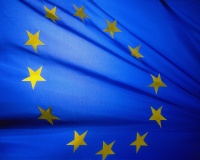 One of the key findings of the report is that countries are ‘more eager’ to resort to measures having a direct effect at the border, ranging from import/export bans to burdensome licensing and tariff quotas and special border fees. In total, 154 new tariffs and restrictive measures were introduced during 2012 while ‘virtually none’ has been abolished.

Topping the list of concerns is a ‘sharp increase’ in the use of higher import duties. This is ‘particularly problematic’ as these ‘affect trade flows immediately and directly and penalise exporters through a very negative kind of fast-track ”Ã  la carte” protectionism’, the report states.

Ukraine, for example, is close to adopting a recycling fee law which is scheduled to hit imported vehicles as from this month; the European Commission says this law is most likely a ‘WTO-inconsistent measure’ – similar to the one challenged by the EU with regard to Russia. Along with Russia, Belarus and Kazakhstan are exempt from this new recycling law.

‘It is a striking phenomenon,’ observes EU trade commissioner Karel de Gucht. ‘Looming protectionism is now, more than ever, a significant threat to global growth and welfare – especially as the effects of the economic downturn are still being felt.’

The report is available at: www.ec.europe.eu/trade