France – This year’s edition of the French trade show Pollutec attracted 60 800 visitors and more than 2200 exhibitors. Around 9000 visitors (15% of the grand total) and 620 exhibitors travelled to the venue in Lyon from a variety of other countries around the world, including Brazil, Vietnam and South Africa. ‘There was a substantial increase of more than 9% in the number of international visitors,’ the organiser states.

A total of 162 innovations made their debuts at the latest Pollutec. In addition, a total of 490 presentations and workshops were provided by 976 speakers on topics ranging from successful recycling business models in France to EU targets and economic incentives to boost sustainable enterprises.

‘We looked at every part of our vehicles – inside and out – before we went to the drawing board to create this new model. Nothing curbs innovation more than doing a rush job.’ Among the MHL360’s advantages, Sobolew highlighted the following: ‘We have incorporated an intuitive joystick, optimised the rear-view camera, substituted the regular door for one that slides sideways, and optimised the shape of the front of the cabin so that the driver has more room and his depth perception is greatly improved.’

Other novelties were easy to find at Pollutec by following the so-called ‘innovation route’, visualised by QR code icons scattered across the five halls. It has already been announced that next year’s edition of Pollutec will take place on November 27-30 at Lyon Eurexpo. This will mark the 40th anniversary of the event. 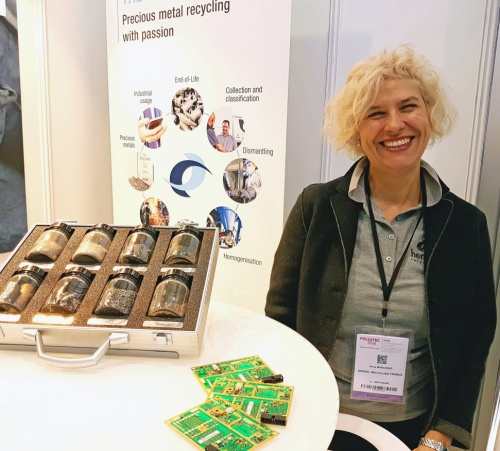 A detailed review of Pollutec will be published in Recycling International’s first issue of 2017.