Mexico – Mexican plastic bottle recycling giant PetStar, which is partly owned by Coca-Cola, has doubled its capacity thanks to a multi-million dollar investment in a new wash plant supplied by AMUT of Italy.

According to AMUT, the facility at Poluca near Mexico City now becomes ‘the largest of its kind in Latin America’, with the capacity to handle 1.5 billion bottles per year. Arca Continental, the second largest Coca-Cola bottler in Latin America, describes it as ‘the largest food-grade PET recycling plant in the world’. AMUT’s second plant delivery to PetStar converts post-consumer PET bottles into flakes suitable for solid-state polycondensation (SSP) processing.

According to AMUT, the system uses a patented technology to remove ‘any type of polluting material’ from the PET flakes. Interest in recycling and waste management is growing rapidly in Mexico, as illustrated by the presence of the country’s president Enrique PeÃ±a Nieto at the formal opening ceremony for the Poluca plant. 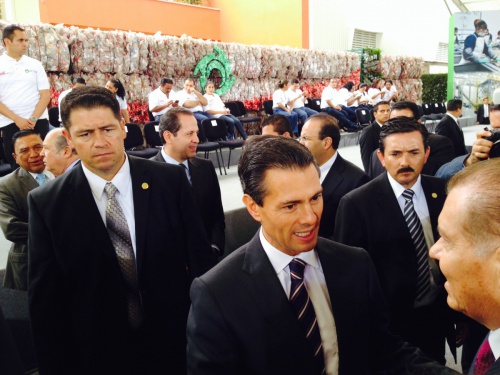