Belgium – ‘Almost 100 000 kilometres worth of Indian roads have been laid with our recycled rubber,’ said Gaurav Sekhri of Tinna Rubber & Infastructure at the annual European Tyre Recycling Association (ETRA) congress, which was held in Brussels last Friday. Some delegates were present at Zaventem Airport during this week’s attacks.

In India, over 500 000 tonnes of crumb rubber modified bitumen (CRMB) is used annually in road construction. ‘This can at least be doubled in next two to three years,’ Sekhri predicted. His firm processes radial truck and bus tyres across the nation, with an installed capacity of 6000 million tonnes of end-of-life tyres each month.

In the future, Australia and the USA might be notable business partners, as the former uses on average 300 000 tonnes and the US states of Arizona, California, Florida and Texas use up to two million tonnes per annum.

Meanwhile, Egypt only had two car recycling facilities where SBR granules were extracted until some years ago. ‘There are many orders and huge demand while there is a big shortage in materials supply,’ urged Hatem Khater of Khater International Group, which produces artificial grass derived from recycled SBR tyre granules.

‘Even trying to solve the problem through importing containers of SBR from other countries was prohibited at the port due strict regulations regarding recycled material from abroad,’ he told delegates.

While the congress was hailed a ‘success’, some delegates were still in Brussels at the time of the terrorist attacks. In fact, ETRA secretary general Dr Valerie Shulman was at Zaventem Airport at the time the bombs exploded.

She praises the quick course of action taken by security personnel and concerned citizens. ‘In the midst of such a horror – it was amazing to see the way in which Belgian citizens came to the rescue. I can hardly find words to describe it,’ Dr Shulman comments. ‘It is more than impressive that much of the work in rounding up the stranded people, putting together the shelters, and feeding all of us – was done by ordinary people,’ she adds.

‘These were citizens who came to help – all ages putting together cots – carrying out cartons, bringing in the food – giving out blankets – and, by the way – they were also the red cross volunteers,’ Dr Shulman says.

‘This is the very spirit that the terrorists are trying to break, but time and time again they only serve to bring people closer together,’ ETRA observes. 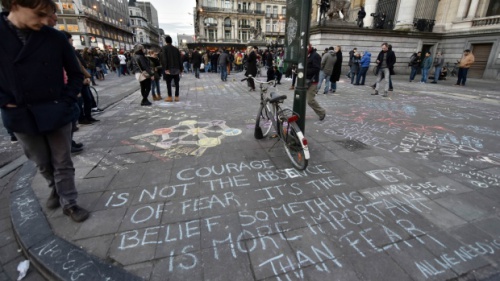 Our Jan/Feb issue featured an interview with Dr Valerie Shulman. You can read it here.