Belgium – ‘There can be no doubt that Tuesday was a very dark day for Brussels, Belgium and for Europe,’ lament the organisers of this week’s PRS Europe event, which was cancelled right before the event was scheduled to start due to the terrorist attacks in Belgium’s capital. Recycling International was caught in the middle of the chaos together with so many other individuals hoping to find a source of information and, of course, safety.

Two brothers and a third man – who fled the scene of the crime and is still missing – planned a bomb at Brussels airport as well as a metro station. There are 32 victims confirmed dead, with over 250 seriously injured. Recycling International witnessed firsthand the confusion and anxiety as people were telephoned by friends, family members and co-workers to give an account of the situation and ensure their wellbeing. This with military trucks and a squad of police cars and motorcycles driving all across town in formation.

The tragic events followed the arrest of 26-year old Paris attack suspect Salah Abdeslam in Brussels last weekend on 19 March as a result of a major police raid. ‘We will do whatever is necessary to support our friend and ally Belgium in bringing to justice those who are responsible,’ US president Barack Obama urged in a speech during his visit to Cuba. He stressed that the attack on innocent citizens is ‘yet another reminder that the world must unite’. 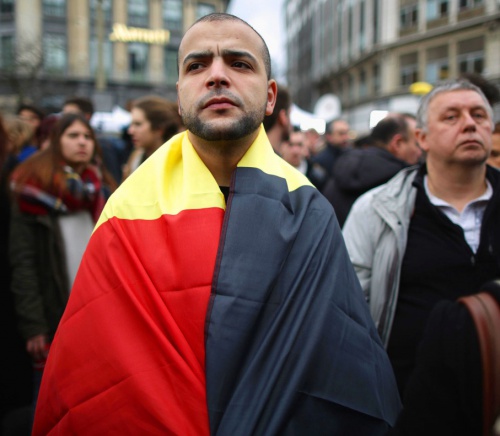 ‘Our thoughts and best wishes are with the people, families and friends of those affected by the terrible incidents that have taken place. We also hope that all of those involved in the PRS Europe event were safely able to return home,’ the congress organisers say.

In a strange turn of events, this marks the second time the event had to be cancelled last minute because of terrorist threats. Last November, Brussels was in a state of lockdown for nearly a week after authorities had received word that the city’s safety might be compromised.

The support from delegates and exhibitors suggest that the event might once again take place at a later date this year – ‘but the time is not yet right to make this decision,’ the organiser says.