Mexico – US environmental group Wildcoast has won a US$ 100 000 state grant for a pilot project to collect and recycle end-of-life tyres (ELTs) which are carried all the way from the Mexican city of Tijuana to California during heavy storms. Tyres will be recycled into rubber asphalt as well as flooring for athletics fields, it explains.

Annually, up to 1 million ELTs travel downstream from California to Mexico, according to Wildcoast. These are frequently dislodged by heavy winds and rainfall, becoming scattered across the river valley where they represent a threat to wildlife. It costs government agencies ‘millions of dollars’ every year to get rid of the tyres, says the group.

Finding a sustainable solution is more important than ever as the tyres provide ‘a perfect breeding ground’ for mosquitoes and thus the Zika virus, Wildcoast adds.

A study by San Diego State University notes that California generates some 42 million ELTs every year, of which 95% are destined for Mexico. Trade in such tyres is a US$ 180 million-a-year business in California and the Mexican state of Baja California, employing almost 10 000 people. 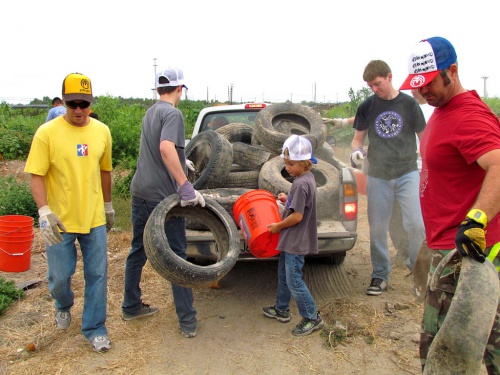