Europe – Pledge 4 Plastics is the name given to a new national campaign to increase collection and recycling of plastic packaging in the UK.

The initiative, led by plastics recycling organisation Recoup and supported by the UK government as well as various commercial parties including Coca-Cola, Marks & Spencer and Unilever, will throw its weight behind the target of doubling recycling volumes over the 2013-2017 period.

The intention is to focus consumers′ attention on the many ways plastics can be given a second life. Interior designer and stylist Abigail Ahern has designed a phone cover made from 80% recycled plastic bottles. A thousand of these limited-edition covers have been created exclusively for the Pledge 4 Plastics campaign to reward those registering their support online. 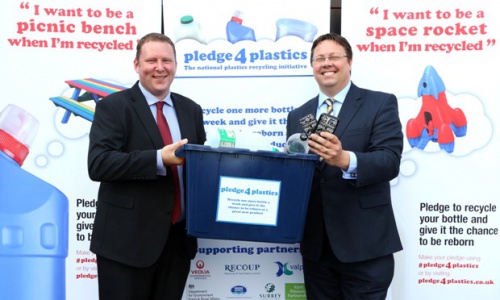