In the first expansion stage the plant is processing 2000 tonnes per month. The output is thermoforming PET film suitable for use in the food and beverage industry. After regranulation, INVEMA sells the material to the a local Coca Cola bottle producer.

Herbold Meckesheim adds that Honduras has to import extra PET bottles to operate the plant at full capacity.

Additionally, equipment was installed for treating the polyolefine fraction from the recycling process, such as the caps and labels of the bottles. 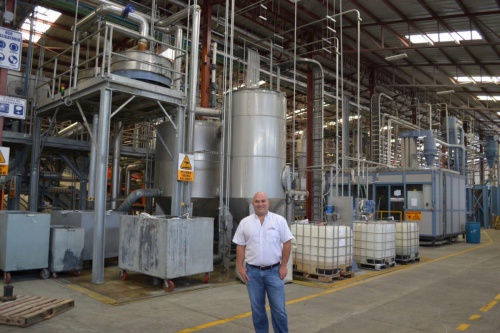