United States – Lower Chinese purchases dented the volumes of US plastic scrap shipped abroad early in 2014. America’s exports to all destinations fell around 5% to 319 000 tonnes in the first two months of this year, with total values sliding 6% versus the same period in 2013 to some US$ 136 million, Census Bureau figures reveal. 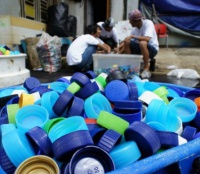 US shipments to China dropped 10% year on year to approximately 162 000 tonnes in January-February 2014 while exports to Hong Kong, which are mentioned separately by the Census Bureau, tumbled 25% to 74 000 tonnes.

Compared to January-February 2013, US exports of PVC jumped 37% and PET 11% in the opening two months of this year.