Europe – Europe’s paper recycling rate exceeded 70% last year, according to a new report released by the European Recovered Paper Council (ERPC). ‘Current paper consumption is at the level of 1998 but the recycled amount is 1.5 times higher,’ the organisation points out. 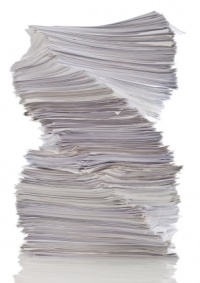 The total amount of paper collected and recycled was labelled as ‘stable’ in 2012 at just under 58 million tonnes. Recycling was 18 million tonnes higher (+45%) last year when compared to 1998, the ERPC observes. Overall, a net volume of 9.4 million tonnes (or 16% of the 58 million tonnes) was imported from Europe for recycling by third countries outside the EU-27 plus Norway and Switzerland.

These results are hailed as a ‘remarkable achievement’ given that paper consumption as well as recycling had dropped, respectively, 13% and 3.5% since Europe’s pre-crisis peak year of 2007. The number of nations not securing a 60% recycling rate decreased from 12 to 10 while the list of countries maintaining a rate above 70% remained at 13.

Paper and board was the most recycled packaging material in Europe last year at 81.3%; steel was second on 74%, followed by glass on 70% and aluminium on 67%.

However, it is clear that the paper recycling rate is starting to ‘level out’ and that keeping it at a high level is becoming a challenge, the report asserts. This is partly due to the decline in newsprint consumption which counts as ‘one of the best recycled paper products’. Many ERPC members are expected to take further ‘qualitative actions’ to improve the recycling rate by 2015; among notable measures is application of eco-design principles to paper products.

Another positive trend is that Europe’s carbon dioxide emissions per tonne of paper produced have been cut by 42% during the period 1990-2012, according to data from the Confederation of European Paper Industries.

Jori Ringman-Beck, ERPC secretary has commented: ‘The European paper value chain devotes huge efforts year after year to simplify paper recycling for citizens and consumers in offices and at home. The figures in the report prove that paper recycling is truly an industry ”made in Europe”. And in line with EU policies it needs to be safeguarded to remain so.’