Europe – There is evidence of thieves targeting catalytic converters – or autocats – from parked cars in order to cash in on their platinum, palladium and rhodium content, according to EU law enforcement agency Europol. Vehicles with more ground clearance, such as SUVs or vans, are being specifically selected by criminals because their converters are easier to remove.

Recycling operations are also falling prey to thefts: for example, 300 second-hand catalytic converters worth Euro 15 000 were stolen recently from a recycler in Belgium, Europol notes. The agency bases its value calculation on achieving a minimum of Euro 50 on the second-hand market for the precious metals contained in a single converter.

According to Europol, thieves generally sell the catalytic converters to metal dealers but some criminals are able to remove the cores themselves and offer them directly to refining companies, thus ‘making it impossible to trace the theft’. The agency also highlights the involvement in many of these thefts of ‘mobile organised crime groups’ operating ‘across borders and covering long distances’. These criminals ‘often target entire fleets in a single night’, it adds. 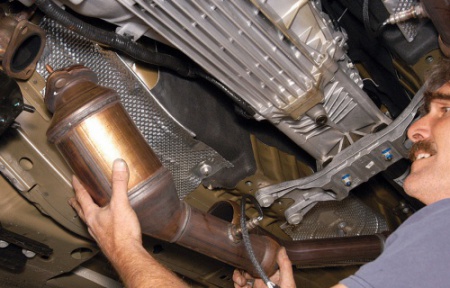