Austrlia – The Australian state of Victoria has been left reeling by Alcoa’s decision to close its aluminium smelter and associated rolling works at Geelong as well as another rolling mill and recycling unit in Yennora. The smelter will be shut down in August and the rolling mills in December in a move that will cost nearly 1000 jobs, reports the Sydney Morning Herald. 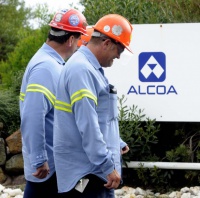 These Australian assets ′are no longer proving competitive′, according to Alcoa′s chief executive Klaus Kleinfeld, adding that they are ′not financially sustainable today or into the future′. Industry sources estimate that the Geelong facility produced some 190 000 tonnes of aluminium while exporting roughly US$ 350 million worth of ingot and rolled aluminium last year.

The decision means the A$ 40 million (US$ 36 million) received by Alcoa in government funding is ′down the tubes′, comments federal treasurer Joe Hockey. He describes the move as ′disappointing – but certainly predictable′.

Grant Musgrove, ceo of the Australian Council of Recycling, calls the decision a ′disaster′ and warns aluminium cans collected for recycling by Australian households will either be landfilled or baled and transported to China as a result. Without Alcoa, furthermore, recycling capacity will no longer meet demand, he says.