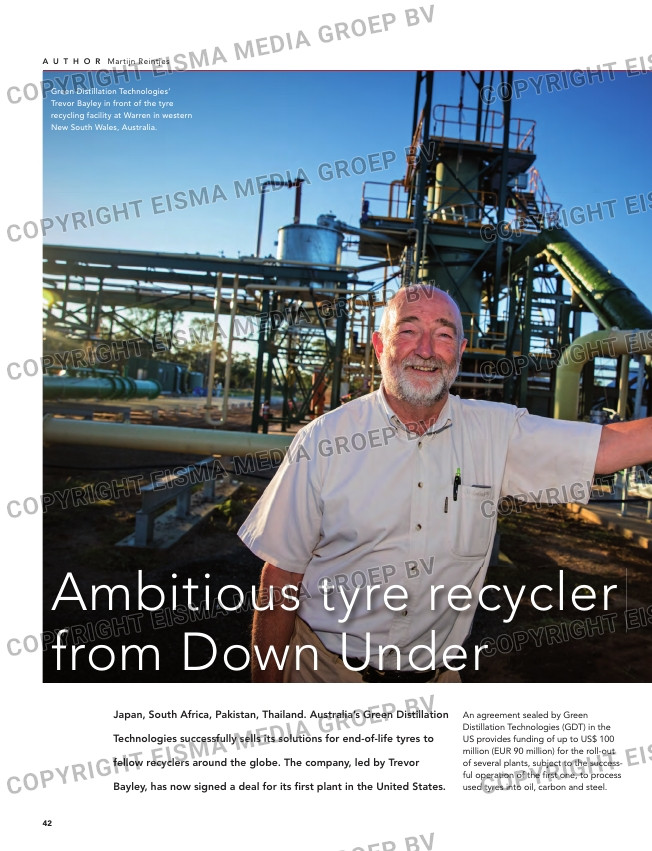 Technologies successfully sells its solutions for end-of-life tyres to

fellow recyclers around the globe. The company, led by Trevor

Bayley, has now signed a deal for its first plant in the United States.

The US, like most countries around
the world, has a significant tyre dis-
posal problem and generates in
excess of 250 million end-of-life tyres
a year. In contrast, Australia is around
10% of that and the number of old
tyres generated in India and China is

An agreement sealed by Green
Distillation Technologies (GDT) in the
US provides funding of up to US$ 100
million (EUR 90 million) for the roll-out
of several plants, subject to the success-
ful operation of the first one, to process
used tyres into oil, carbon and steel.