Subscribe
6 A royal kick-off ? ? His Royal Highness King Willem-Alexander of the Netherlands holds a spot- less, clean scrap metal block at the Purified Metal Company (PMC) plant in Delfzijl in the north of the country, as part of the opening ce...
Read the entire page 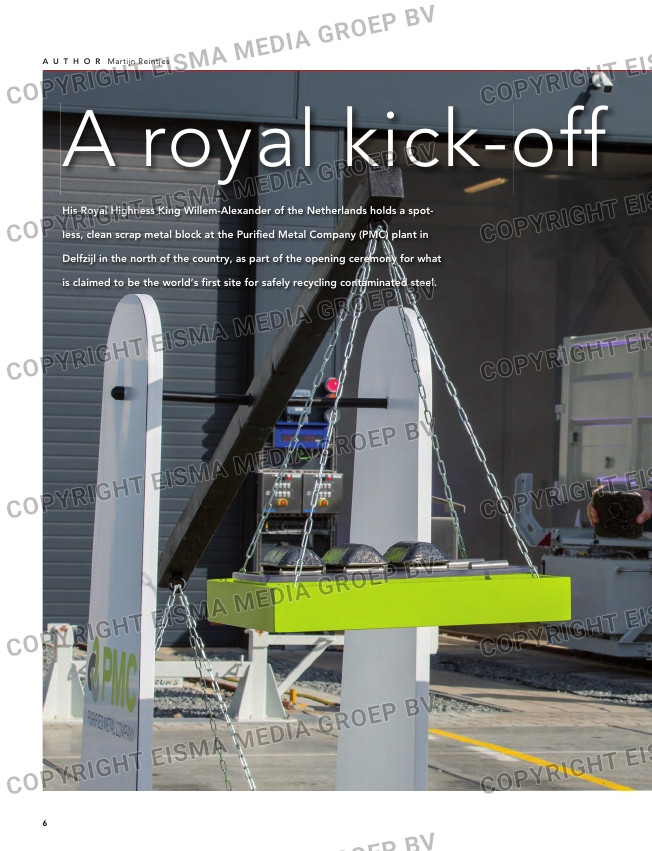 Delfzijl in the north of the country, as part of the opening ceremony for what

is claimed to be the world’s first site for safely recycling contaminated steel.

The EUR 70 million facility handles
steel scrap containing, among others,
asbestos and chromium-6 as well as
organic contamination from large
demolition objects such as chemical
installations, drilling platforms and
trains.

During the process, the asbestos dis-
integrates into harmless components,
while the chromium-6 is removed. The
contaminated steel is smelted at
extremely high temperatures that
decompose the asbestos. Chromium-6
is trapped in the flue while organic
compounds are burned. The end