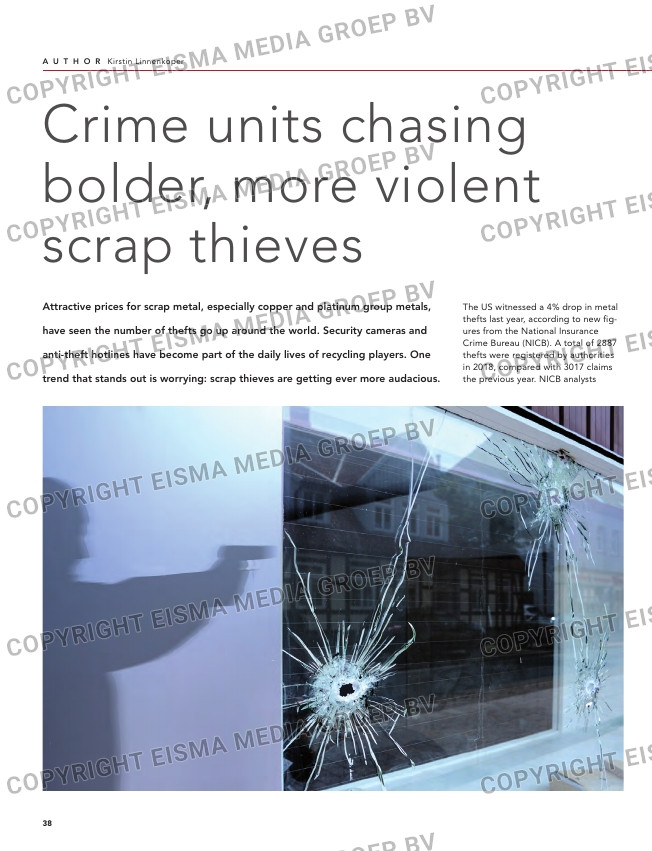 have seen the number of thefts go up around the world. Security cameras and

anti-theft hotlines have become part of the daily lives of recycling players. one

trend that stands out is worrying: scrap thieves are getting ever more audacious.

The US witnessed a 4% drop in metal
thefts last year, according to new fig-
ures from the National Insurance
Crime Bureau (NICB). A total of 2887
thefts were registered by authorities
in 2018, compared with 3017 claims
the previous year. NICB analysts