Europe – ‘With 76% recycled in Europe in 2014, steel is ideally positioned to reach ambitious but achievable recycling rates by 2025,’ according to the Association for European Producers of Steel for Packaging (APEAL), which celebrates its 30th anniversary on 1 April. The association points out that a lot has changed since the late 80s; the steel recycling rate has tripled, food cans are now 29% thinner, while CO2 emissions have almost halved.

Speaking about the future of steel recycling, APEAL stresses it has welcomed the European Parliament plenary vote on the Circular Economy Package (CEP). The vote gives a ‘strong mandate’ to the parliament in the discussion with the European Council and European Commission.

She is glad to report that the parliament has introduced the concept of ‘multiple recycling’, which increases the understanding of the corresponding concept of ‘permanent materials’ such as steel, that can be recycled multiple times. ‘Indeed forever,’ Van Maercke adds. 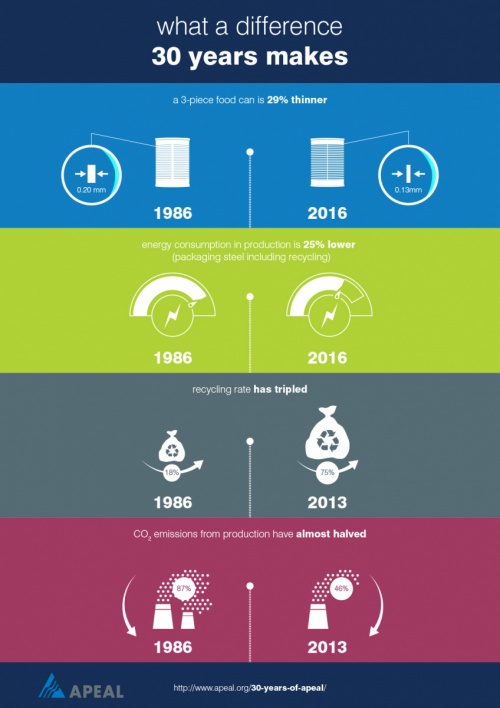