United States – The surge in counterfeit electronic parts, mainly from China, is threatening the reliability of sophisticated defence technologies in the USA, according to a report by the US Senate Armed Services Committee. This issue is said to extend across a wide range of applications from aircraft and submarines to thermal weapon sights and advanced missile systems.

Legislation that promotes responsible electronics recycling would be ′a major step′ towards preventing the flow of ′suspect′ e-scrap that is undermining national security, says the committee. Such legislation should require the domestic recycling of all untested, non-working electronics, it adds.

A survey by the committee points to an ′alarming′ number of counterfeiting instances, growing from 3868 in 2005 to roughly 9500 in 2008. For example, counterfeit semiconductors cost the US semiconductor industry over US$ 7.5 billion in lost revenues in 2011, representing the loss of nearly 11 000 US jobs.

The seriousness of the issue surfaced when the P-8A Poseidon Boeing aircraft sent a ′critical′ distress signal to the US Navy owing to a ′reworked part that should not have been put on the airplane originally and should be replaced immediately′. It concerned the failing of an ice detection module: the part ′had literally fallen out of its socket and was found rattling around inside the module′.

Counterfeit parts also pose ′long-term reliability problems′ and drive up costs simply because unreliable systems ′break more frequently than planned′. Operational and sustainment costs account for two-thirds of the overall lifecycle of major weapons systems, it is pointed out. not least, reporting is ′severely lacking′, the committee argues.

It identified over 1800 cases of counterfeit parts in the defence supply chain in 2009 and 2010, but only 271 reports were submitted. Furthermore, ′only 13 reports were filed by a government agency′. The ′overwhelming majority′ of suspect parts in the investigation did not originate in the USA.

China is identified as the ′dominant source country′ for counterfeit parts infiltrating the defence supply chain, with roughly 70% of all suspects parts traced back to the Asian giant. Next on the list are the UK and Canada, although the committee points out that both countries serve as ′resale points′ for parts from China. 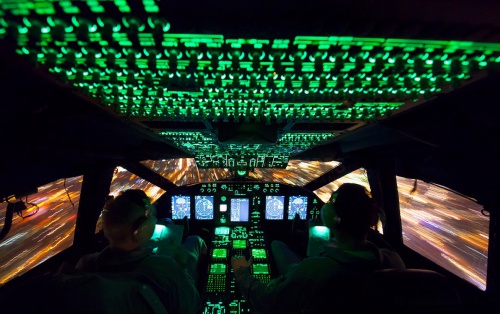