United States – The Clean Bay Area recycling centre in the USA’s Silicon Valley has made a thrilling discovery, stumbling upon on a first-edition Apple computer handed in as e-scrap. The rare find has been sold to a collector for US$ 200 000 at a private auction. But now the recycler is trying to get in touch with the mystery lady who dropped off her ‘unwanted electronics’ a couple of weeks ago.

The Apple One computer was one of only 200 first-generation desktop computers assembled by Steve Jobs and his partners Steve Wozniak and Ron Wayne back in 1976. This makes the old PC ‘extremely valuable’, notes Professor David Crandall from Indiana University. What turned out to be a ‘breakthrough’ in personal computing was assembled in a garage by the tech pioneers.

‘We really couldn’t believe our eyes; we thought it was fake,’ says Victor Gichun, vice president of Clean Bay Area. The vintage collector’s item was hidden underneath the layers and layers of computer cables and dusty keyboards that typically turn up at recycling sites. Gichun recalls an elderly woman bringing in some ‘old things’ that belonged to her late husband; she left no name or contact information.

To honour company policy, which stipulates giving 50% of the sales price to the original owner, Gichun wants to split the proceeds with the donor and so is ‘waiting with a US$ 100 000 check’. He hopes the mystery lady will step forward while discouraging ‘copycats’ from reaping the benefits of this unusual development. 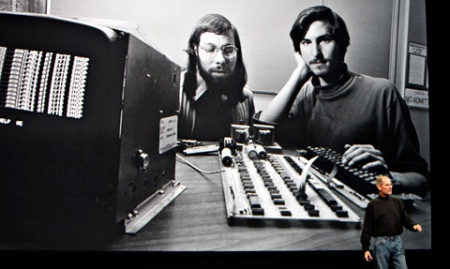