The Netherlands – After a long illness, recycling expert Professor Wijnand Dalmijn passed away on April 12 at the age of 74. 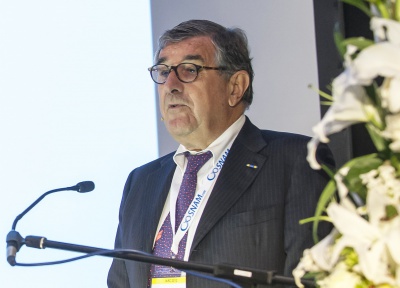 Dalmijn studied at the Technical University of Delft in the Netherlands, from where he graduated in mineral processing. Between 1968 and 1973, he specialised in this field and was appointed professor in 1991. Dalmijn gained considerable practical experience at a municipal waste recycling plant in the Netherlands where he evaluated and developed recycling opportunities for metals and other materials.

He went on to advise German companies Metallgesellschaft and Eumet, where he developed various technical facilities for scrap metals identification and separation. He was also an advisor to companies such as Huron Valley Steel, Newell Industries, US Zinc Corporation and Alcan International. Dalmijn also served on the board of many associations and institutes.

Among others, he was a Steering Committee and Lecture Committee member of the International Automobile Recycling Congress, of which he was chairman from 2009 to 2013. He also served for many years as a technology consultant to Recycling International.

Dalmijn gained an international reputation for his work in developing systems for the mechanical separation of metals and glass, including eddy current, laser, image processing/colour sorting and electrostatic techniques.

With Wijnand’s passing, we lose a sympathetic colleague, a dedicated researcher and a dear friend. We wish his wife Ineke, children, family and friends strength at this difficult time.